behind this delicious Caribbean-inspired
all-purpose sauce

In August 2015, Jose Juarez, AKA The BarbaCuban, won the national contest “America’s New Grill Star,” hosted by the Live with Kelly and Michael Show. His winning creation (The BarbaCuban Sandwich) was made with a special ingredient: his 455 Sauce.

BarbaCuban’s 455 Sauce was born from Jose’s love of Caribbean flavors and incorporating them into all sorts of dishes. It was named after the engine size in Jose’s beloved GTO convertible. Along with his passion for food and grilling, Jose is a serious muscle car enthusiast.

It became an instant hit, and production of this Caribbean-inspired all-purpose sauce launched. And it has only grown in popularity, thanks to the deliciousness, uniqueness, and incredible versatility of this mustard-, mayonnaise-, and mojo-based sauce. 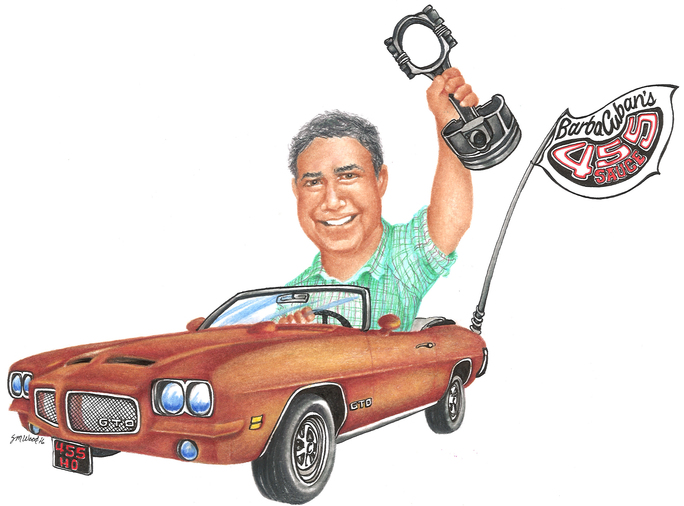 Sign up for our newsletter to receive special offers, new product information, recipes, grilling and cooking tips, and maybe the occasional car talk.

Got a question? Want to share a favorite recipe? Using the sauce in a cool way? We’d love to hear from you!